Pharma Olympiad 2021 organised by Pharma Science Club (PSC) of Department of Pharmacy was held successfully from 26th to 28th October, 2021.

The preliminary round of the Olympiad took place on 26th October, 2021. A total of 106 students participated in the preliminary selection and 5 participants were selected for the final round. 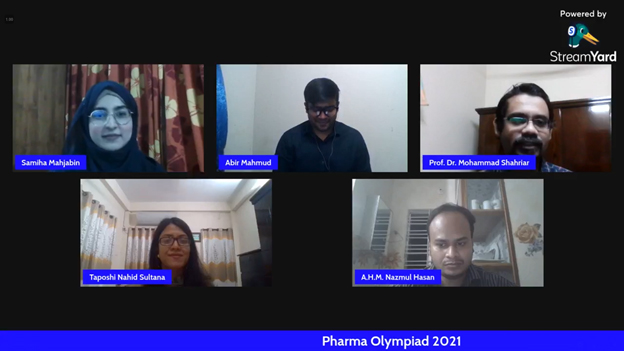 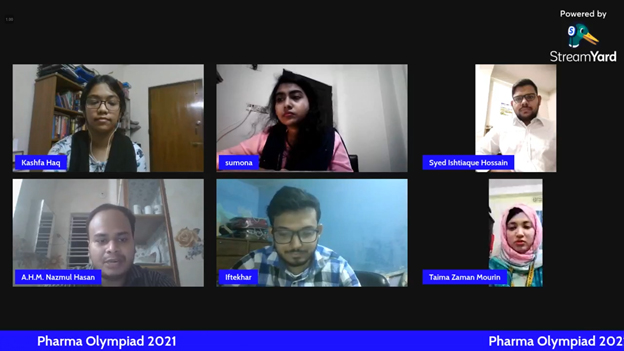 The final round was live streamed from the Facebook page of Pharma Science Club on 28th October, 2021 at 9.00 pm. Besides, an interactive Live Rapid Question and Answer segment was organised for the students of 1st and 2nd year. A.H.M Nazmul Hasan, Associate Professor and Convener of the club, started the programme with a warm welcome speech which was further continued by Taposhi Nahid Sultana, Lecturer and Co-convener of the Pharma Science Club. The programme was hosted and moderated by MD. Abir Mahmud, Mahjabin Samiha and Ahad Bin Aslam. Different teams of the Pharma Science Cub were coordinated and guided by Md. Tarikul Islam, President of the club.

Finally, Professor Dr. Mohammad Shahriar, Head, Department of Pharmacy joined the program and announced the name of the winners and congratulated them along with encouraging all of the participants. He concluded the programme by thanking all the guests who viewed the program. And lastly, he appreciated the efforts of A.H.M Nazmul Hasan, Convener & Taposhi Nahid Sultana, Co-convener, and all the members of the club for the successful completion of the Olympiad.