Champion of ICPC World Finals Dhaka is MIT of USA

Closing ceremony of the 45th "International Collegiate Programming Contest (ICPC)" was held on Thursday, November 10, 2022 at ICCB, Dhaka. The contest was hosted by University of Asia Pacific, and was supported by ICT Division and Bangladesh Computer Council. 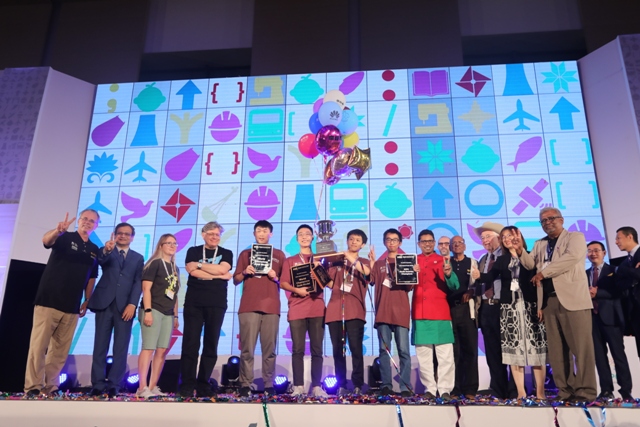 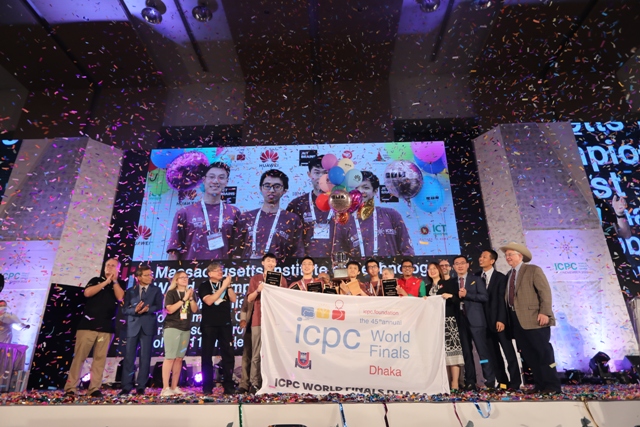 The Minister of the Ministry of Planning of Bangladesh Mr. M. A. Mannan, MP was the chief guest of the program. The Hon'ble State Minister for the ICT Division of Bangladesh Mr. Zunaid Ahmed Palak MP was a special guest of the event. Besides, Dr. William B. Poucher, President of the ICPC Foundation & ICPC Executive Director was also present at the Program. 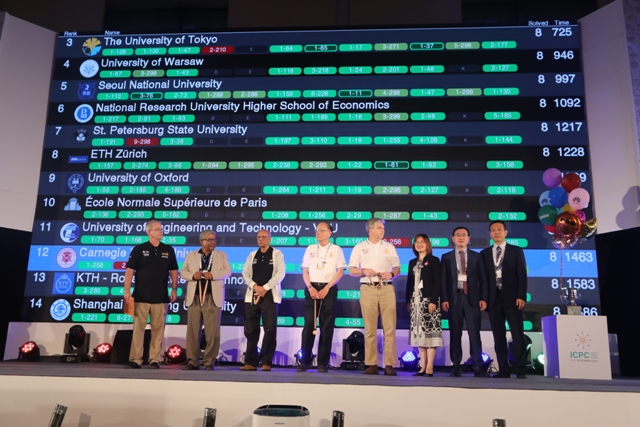 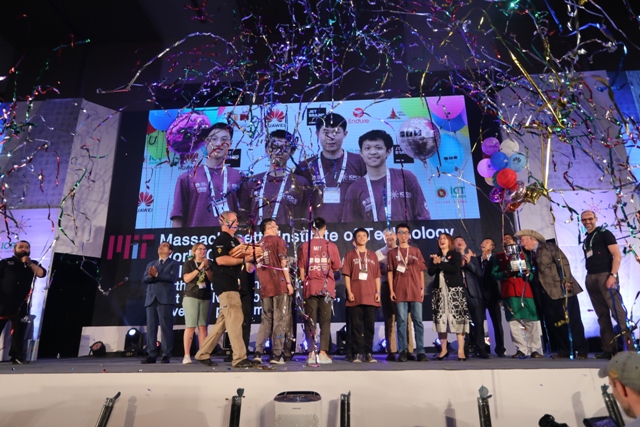 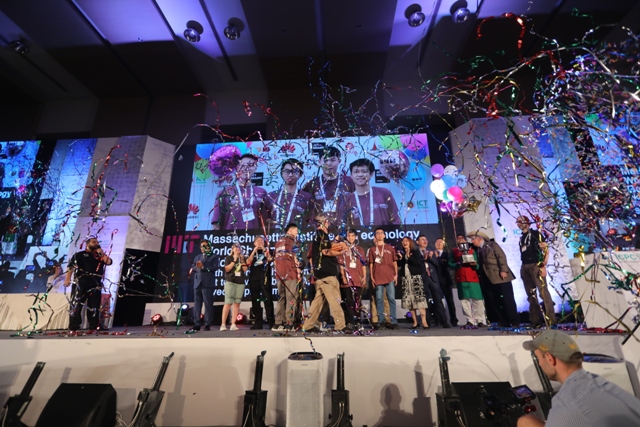 Chairman of the Board of Trustees of University of Asia Pacific (UAP), Dr. Mohammad Alauddin delivered a welcome speech. Before that, the Deputy Executive Director of ICPC & ICPC Director of World Finals Contests Dr. Michael J. Donahoo gave a short speech thanking everyone for a successful event. At the end of the program, the Vice-Chancellor of UAP & Director of ICPC World Finals Dhaka Prof. Dr. Qumrul Ahsan gave the closing remarks. Among others, the Senior Secretary of ICT Division Mr. N M Zeaul Alam PAA and the Executive Director of BCC Mr. Ranajit Kumar were also present at the program. 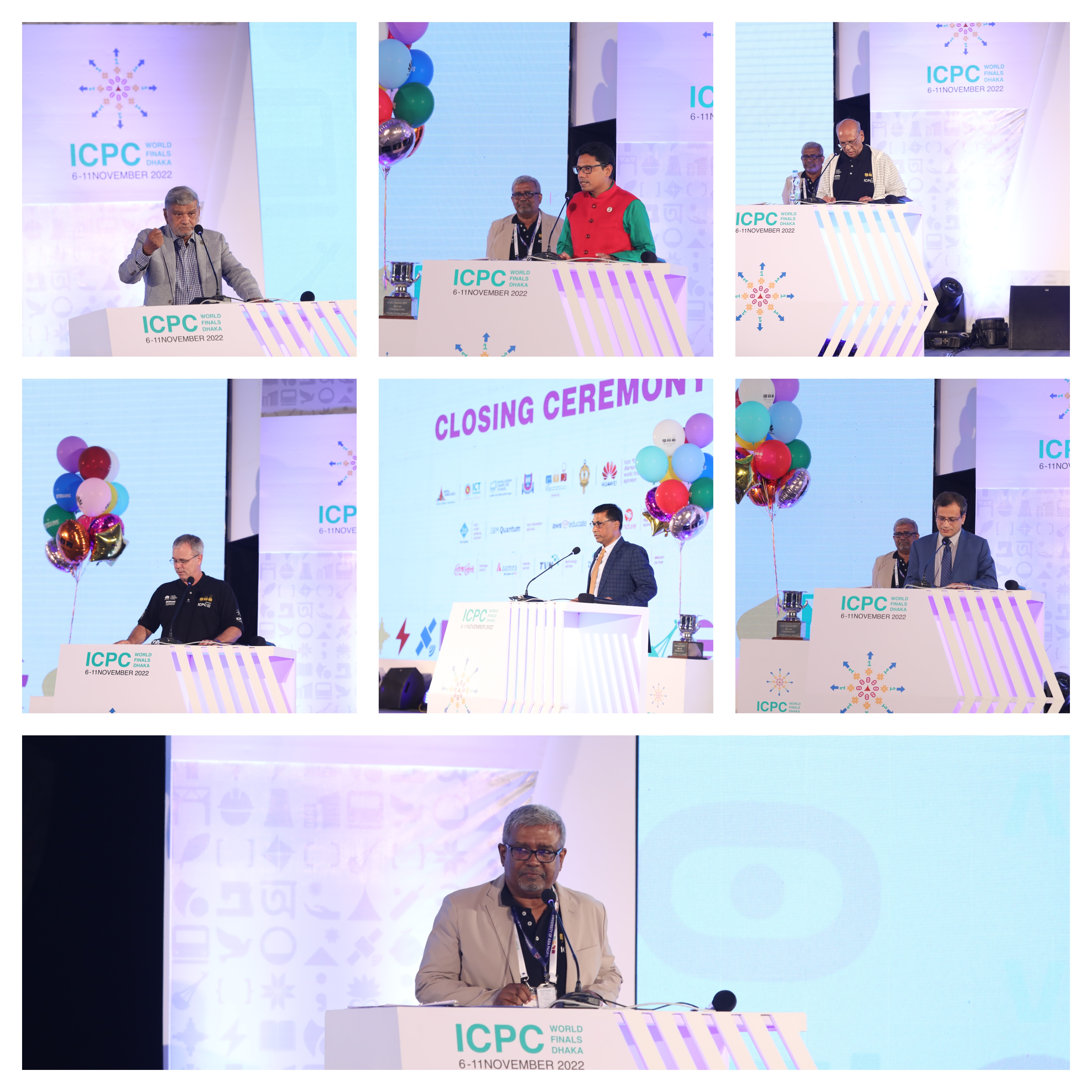 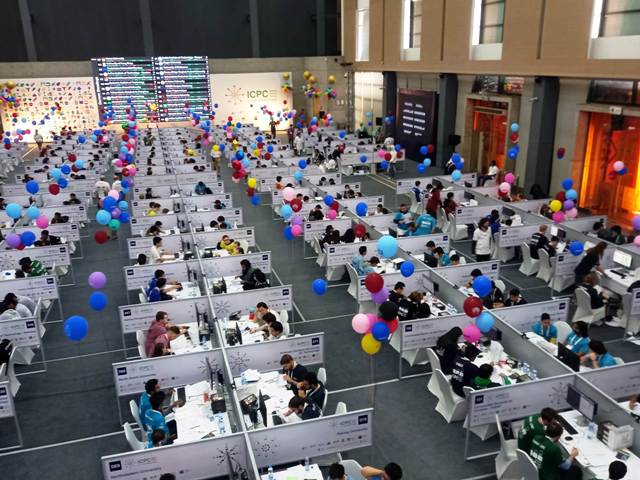 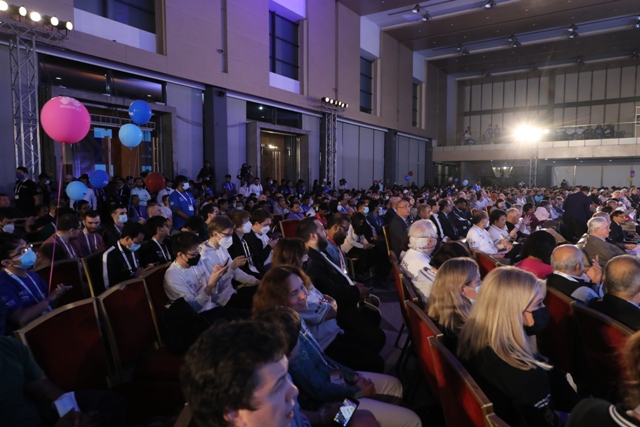 The team from Massachusetts Institute of Technology (MIT), USA solved 11 problems out of 12 and became the champion of the 45th ICPC World Finals. In ICPC, the top four teams in the event receive Gold Medals. Then, the teams placed from fifth to eighth receive Silver Medals. While teams gaining ninth to twelfth places receive Bronze Medals. 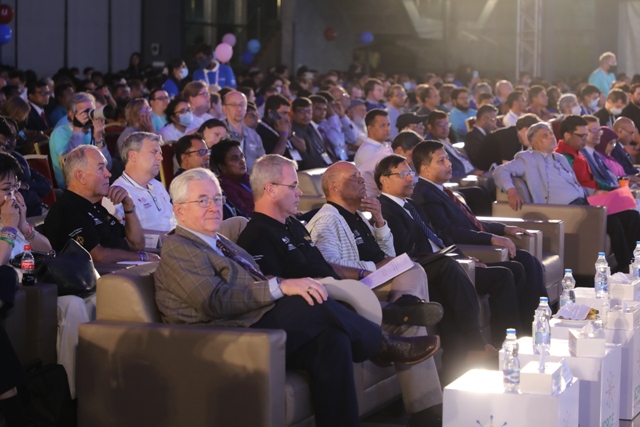 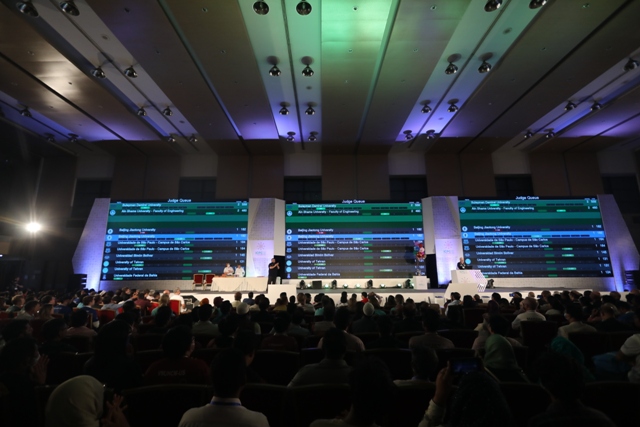 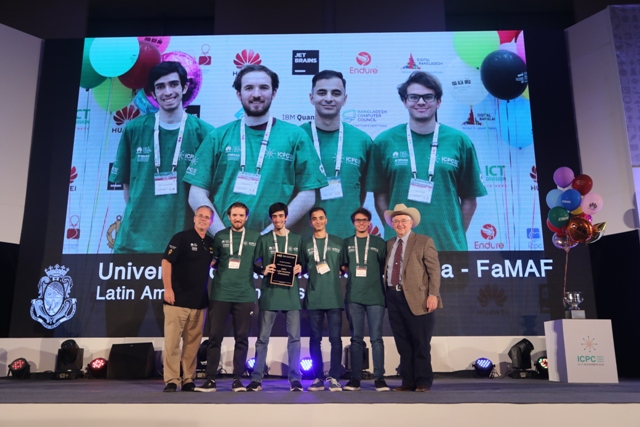 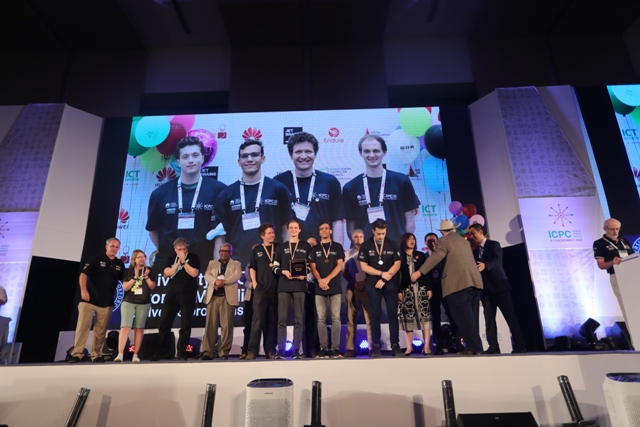 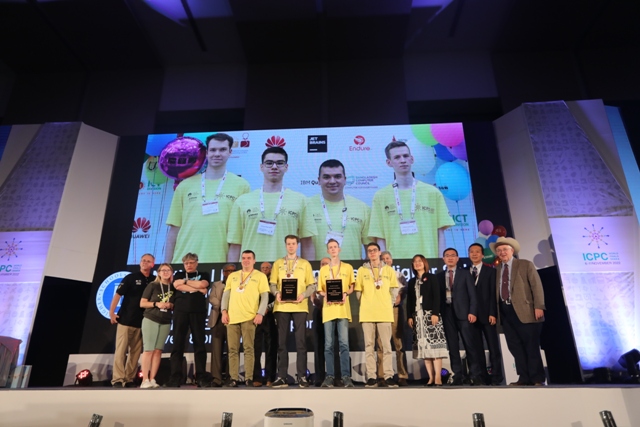 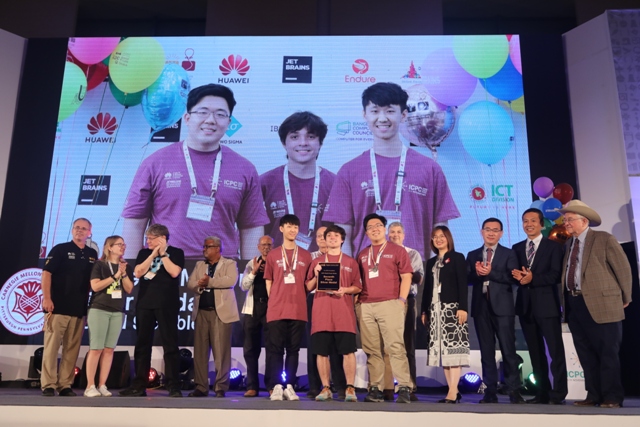 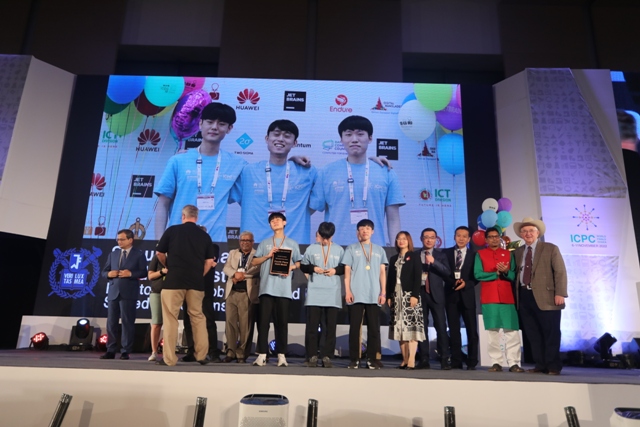