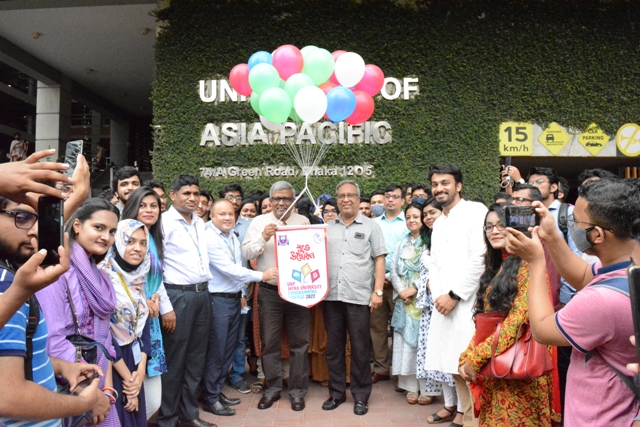 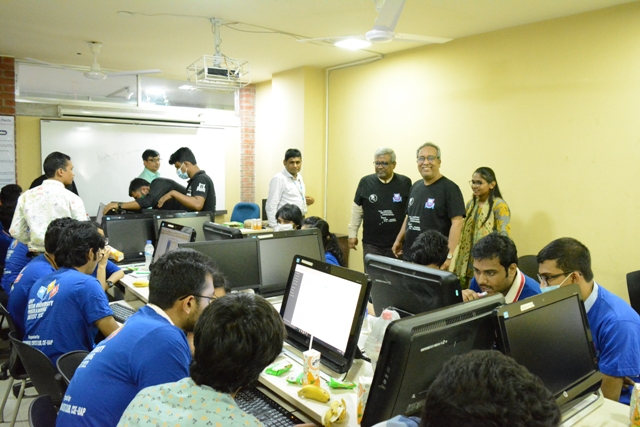 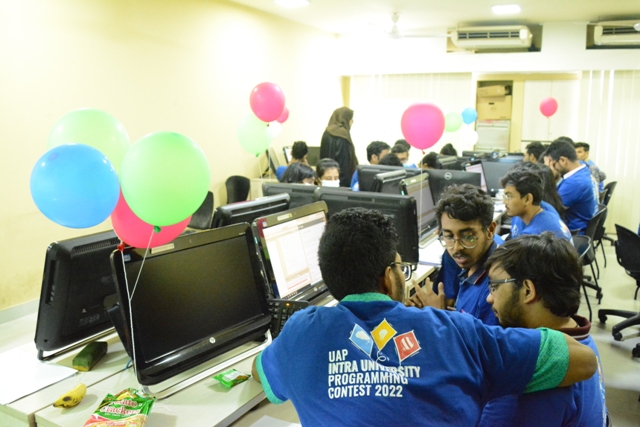 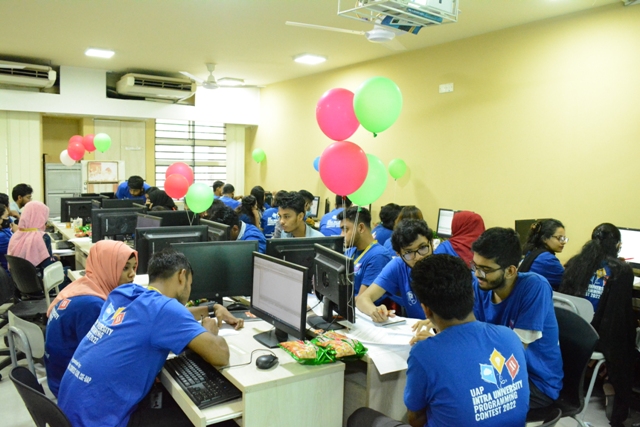 All the participants were given three hours and fifteen minutes to solve the given problems. The questions were designed to challenge the students and promote out-of-the-box thinking, problem-solving skills, and analytical thinking capability. A group of CSE alumni set up the problems for the contestants. Earlier, the contest was inaugurated by Dr. Mohammad Kaykobad, Professor, BRAC University, as Chief Guest while Professor Dr. Qumrul Ahsan, Vice Chancellor, UAP and Mr. Munir Hasan, Head of Prothom Alo Youth, were present as Program Chair and Chief Guest respectively. 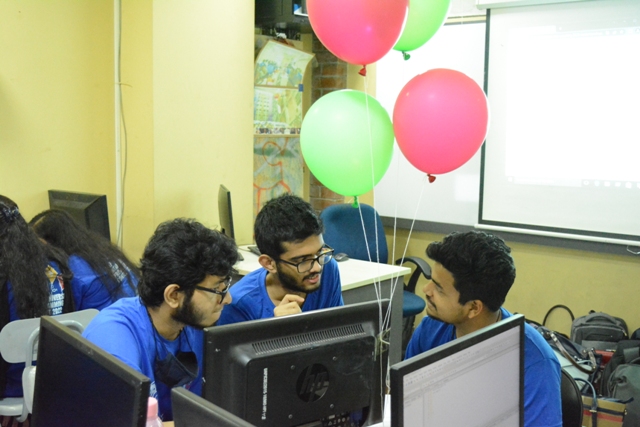 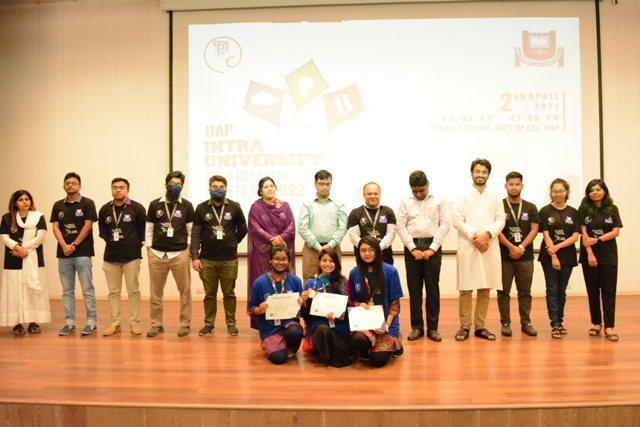 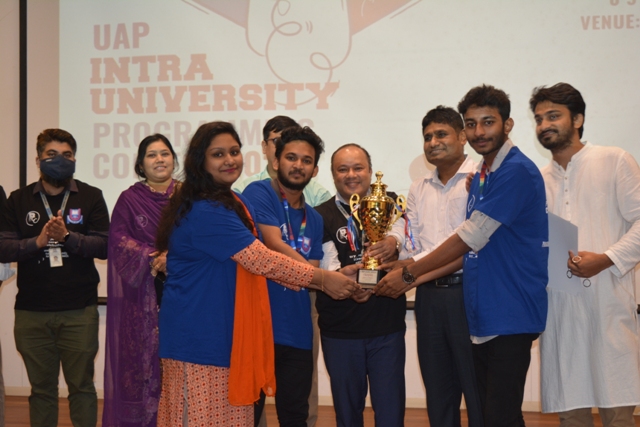 Top five teams from each category were awarded trophy, medals and certificates. Among others, Dr. Rajibul Islam, Head, CSE, Dr. Aloke Kumar Saha, Professor of CSE and Director of IQAC along with other faculty members were present in the prize giving ceremony. 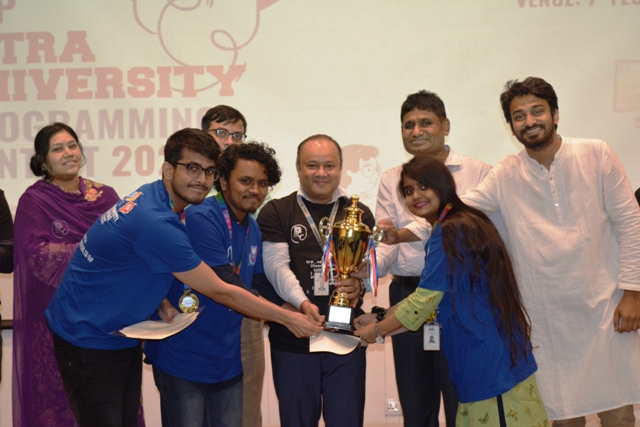 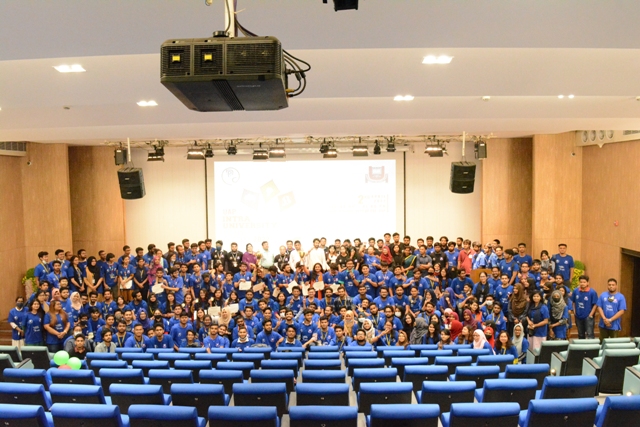