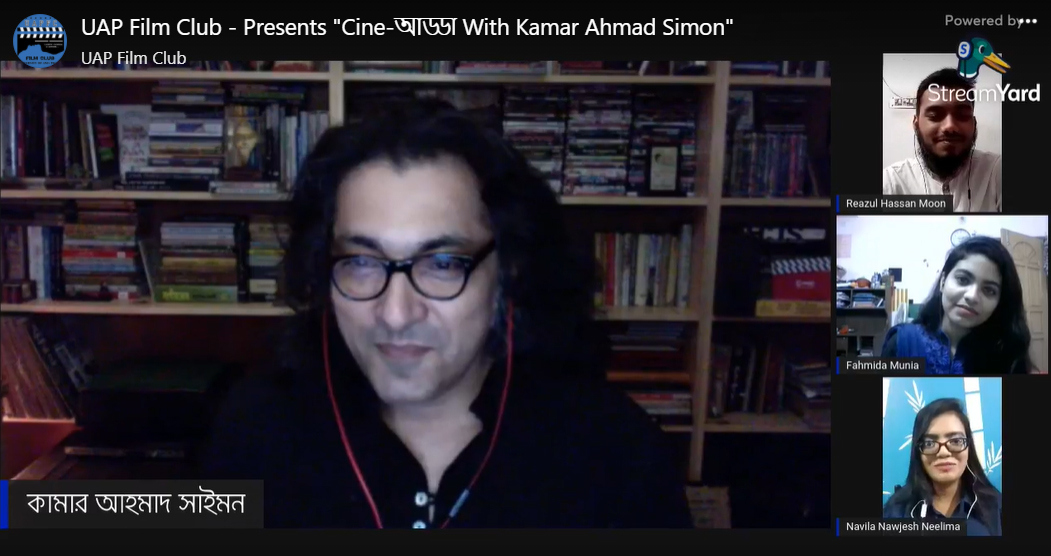 Mr. Kamar Ahmad Simon, a new generation Bangladeshi filmmaker, writer, and cinematographer was the resource person of the event who shared diverse experiences of filmmaking with the students of UAP. He received WCF from Berlinale and was invited to La Atelier Cinéfondation of Cannes where only the organizers reserve the right to invite the upcoming very best of world cinema. La Bibliothèque publique d’information (BPI) France, Johns Hopkins University USA has acquired his film and Royal Anthropological Institute of Great Britain and Ireland (RAI) have exhibited his work. In the welcome speech, Mr. Md. Tarek Khan, AD, DSW, UAP thanked Mr. Kamar Ahmad Simon for joining the show. He mentioned different central clubs’ activities under the supervision of DSW, and how these co-curricular activities help the students of UAP to enhance the required skill-set for the job market and become good human being. 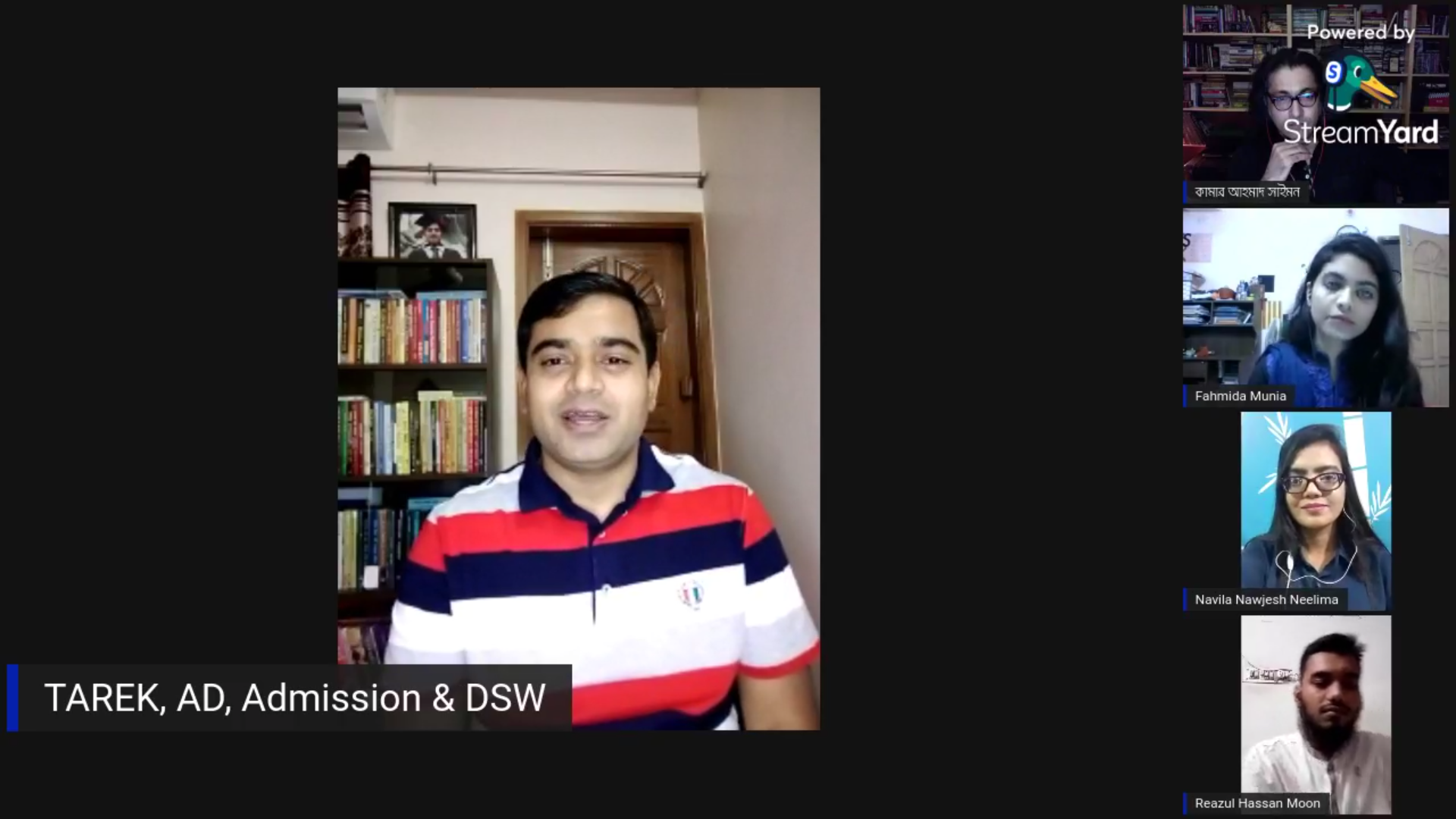 In the Cine-Adda, Mr. Kamar Ahmad Simon was accompanied by three students namely Fahmida Munia, Navila Nawjesh Neelima and Reazul Hassan Moon, members of the UAP Film Club. Based on their questions on different aspects of filmmaking, Mr. Simon said that he focuses on the new concept of filmmaking along with the experiences and the obstacles he faced during his works. He also shared guidelines with the new filmmakers and also the marketplace of films during the pandemic situation.

Students from different departments joined the event and put their kind comments on the virtual live platform.